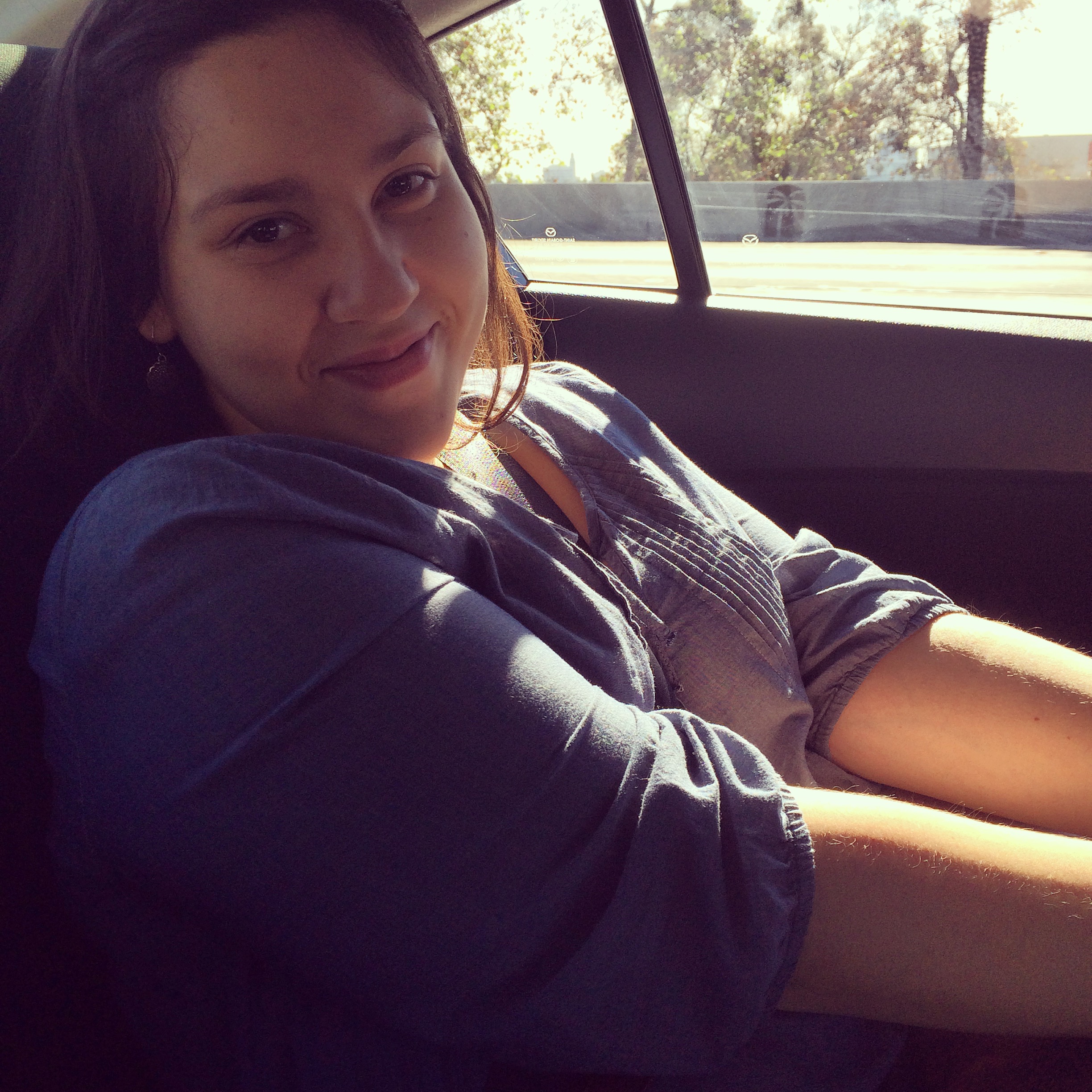 Andrea Perez was born and raised in North East Los Angeles.  She is a Senior pursuing a double major in History and Global Cultural Studies and a minor in Religious Studies at Whittier College. Her passion for humanity and history is reflective in the work and activism that she is part of. Andrea understands history as a form of story-telling that should recognize and validate the struggles that human beings have faced and continue to face. She believes through history, we can understand the root of our oppression, and learn to heal from the trauma and pain of our histories and current issues. As a student, Andrea had the opportunity to study abroad in the Dominican Republic, where she focused on labor within the cacao industry. She is also co-founder of a student organization on her campus called Poets Organizing Workers’ Economic Rights (POWER), where she and other student-activists advocate for their campus workers and coordinate with local campaigns, such as the Our Walmart and El Super campaigns, for economic justice. She is also a peer mentor for first year students and a tutor for a local citizenship class.

After graduation, Andrea wants to continue her activism within the labor movement and attend graduate school to receive a Masters in Latin American and Caribbean Studies. She hopes to become a community college professor and create a space for her future students to explore, understand, and question the complexity of society and the effects of global issues in their own personal lives.

Andrea is excited to be working with CLUE and is eager to learn more about faith-based organizing and how she can integrate her faith in her work and activism.

Alina Ortiz Salvatierra grew up in faith communities resisting and organizing around injustice her whole life. She has had a rare and incredible amount of exposure to powerful faith leaders and organizers in her family and community throughout her life. Because of these experiences, she feels a deep dedication and responsibility to justice and people power. After recently earning her Bachelors of Arts in Education and Studio Arts at Hampshire College in Amherst, MA, she has worked as a community engaged artist, popular educator, and community organizer.

In the past year she has been working with UMASS Alliance for Community Transformation, UACT, as a Post Graduate Intern, facilitating multiple classes at UMASS about Grassroots Community Organizing. She has also worked at Hampshire college as the Studio Arts Program Alum Intern, supporting students concentrating in studio arts. Most of her organizing experience has been within the past fours years with UACT, using critical pedagogy and popular education techniques to create spaces for students to find their own power, build community, and work with local grassroots community organizations. Combining her interests in Art and Organizing, she has created multiple community engaged art projects. One titled "The Open Heart Library," a human library where people shared stories based on the prompt "How have you continued to stay whole within an academic institution?" This project engaged the whole Hampshire campus community in thinking deeply about voice, vulnerability, politics, listening, and stories.

She has been very guided and fueled by faith. Having a mother who is a Lutheran Pastor has instilled very deep values of justice, forgiveness, and sacrificial love for her. Having been exposed to many interfaith communities, she feels very excited and open to learning and growing as a CLUE fellow. She also feels invested in bringing all her gifts and listening with all her heart for the summer ahead. She is very thankful for this opportunity.

David Kim was born in New York and grew up in Torrance, CA. He is currently a student at Fuller Seminary in Pasadena, CA pursuing a degree in Masters of Theology with an emphasis in Urban Studies. In the work  of social justice, David draws inspiration and support from past and current social reformers whose beliefs  compelled them to address social issues and injustices. He believes in the importance of learning and  sharing with others about past social reformers because current and future social reformers stand on the  strong shoulders, not shadows, of past reformers.

One of his main passions is to build healthy bridges between the public and private sector to collaborate for  the common good. In building bridges, he hopes to inspire people across all spheres of society to utilize  their creativity and skills for the good of humanity. His previous experience in social justice involves assisting in the planning, organizing, and conducting of the 2016 Pasadena Homeless Count. His long term goals involve pursuing a degree in Public Administration and Policy. This summer he looks forward to learning more about faith-rooted organizing and how to organize movements that work towards sustainable change. This summer, David will be working on the grocery store worker’s campaign.

Cynthia Ramirez was born in Mexico City and migrated to the United States at age four. As she grew older she realized that her parents decided to migrate into the United States in order to allow Cynthia and her siblings to obtain a better education and pursue a career where they would obtain a better job and avoid economic and social injustices. Her parents always emphasized the importance of an education and a high-position job because they have witnessed the injustices in a workplace firsthand. She comes from a Catholic household where she was taught to turn to her faith in order to get through the tough times and for encouragement in her journeys-- whether educational, professional, or personal. Because of her parents’ perseverance and faith, she is now a college student going into her third year as an undergraduate at the University of La Verne pursuing a Bachelor of Science in Business Administration. She plans to use her degree as a resource to the community by creating a nonprofit organization that will focus on providing financial/business workshops for low-income communities to better educate them about finance. Cynthia has seen the general under-education of minority communities in finance or business/professional matters and she wants to share the resources she acquired through her education. She is highly involved on campus and in the community. At the University of La Verne she works for the Office of Multicultural Services and held an office position for the Latino Student Forum and First Generation Club as the Director of Activities organizing events related to their mission statements. The next academic year, she will be the President of the Latino Student Forum and plans to bring more advocacy on campus through her organization in order to help the students develop as young activists. In order to do that she must learn herself and she believe that CLUE will provide her with the organizational tools that will help me in the future. 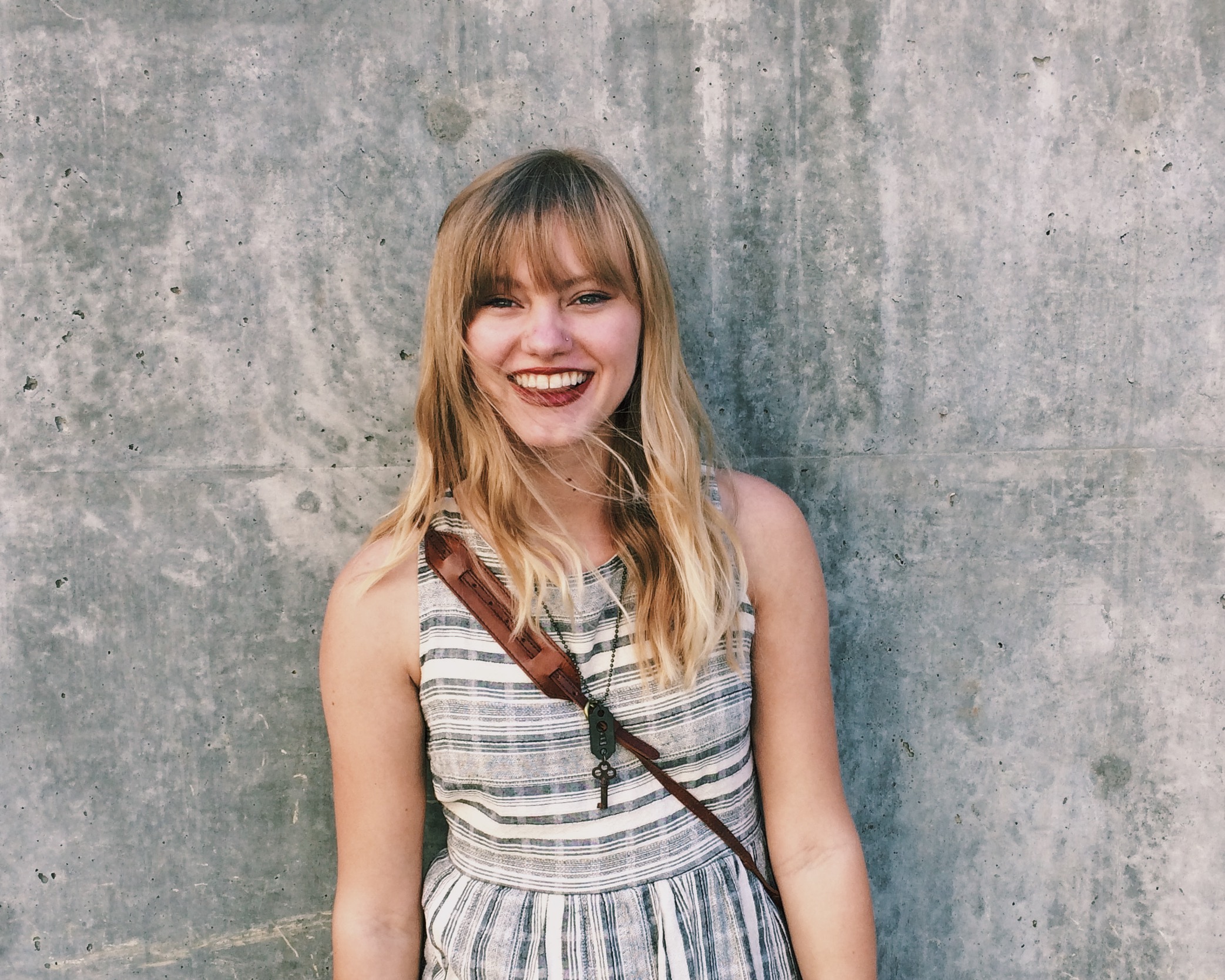 Lexi Subra is currently a Junior at Azusa Pacific University working towards her BA in global studies  with a minor in sociology. In her down time Lexi enjoys hiking, kayaking, attending concerts, and playing with her nieces. Originally from the Adirondack Mountains in New York she left the snow seeking the Southern California sunshine. What she found was a deepened desire to  pursue social justice in more sustainable ways. While interning at CLUE during her school year last January, Lexi attended an action  focused on deportations and the family members who where effected. It was there where she  first experienced the true  power of faith rooted organizing.  She hopes to use her experiences  to help voices be heard to create a society that values all lives.

Katharine Tobler is currently an undergraduate student at Occidental College in majoring in Politics with a minor in Religious Studies.  In pursuit of this degree, she has taken many classes on social justice movements, gender politics and different religions; she hopes to tie these interests together through her work at CLUE.  At Occidental College, she is involved in the Glee Club, as well as the Office of Spiritual and Religious Life's Values and Vocations Fellowship.  The fellowship is a program that helps students tie their social justice values to their future vocations through seminars and internships.

Katharine has always had an interest in activism, being very involved in fundraising campaigns related to domestic violence. After being exposed to the activist community through several protests at her school organized by Oxy United for Black Liberation, her interests turned towards organizing.  She is extremely interested in the work at CLUE and strongly believes that CLUE's commitment to matters of economic justice easily allow for the discussion of intersectionality.  She is excited to demonstrate that intersectionality, as well as develop her skills of communication and faith-based organizing, by working on various women's economic justice issues, including the Domestic Worker's Bill of Rights. 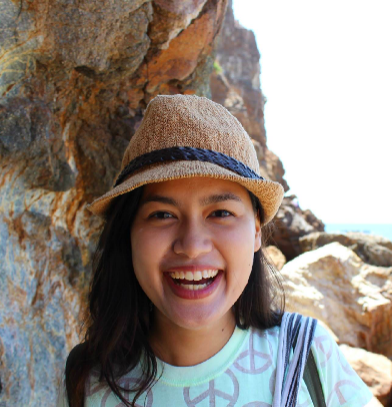 Mary Duong was born and raised in Ho Chi Minh City, Vietnam. She is currently a student at Fuller Theological Seminary in Pasadena, pursuing Master of Divinity degree. She plans to go back to my home country after graduating. She is interested in exploring the intersection of theology, business entrepreneurship, and community organizing. Her hope is to become involved in building the beloved community in Vietnam through faith-rooted sociopolitical engagements. Working with CLUE in Orange County connect her with the Vietnamese immigrants’ community in SoCal, particularly in Santa Ana and Garden Grove. She is looking forward to learning faith-rooted organizing tools and skills from CLUE this summer.

Jordan Esqueda grew up in a small agricultural migrant town in eastern Washington called Sunnyside. His Father Armando grew up working in local fields and orchards and his mother Herminia was raised in the fields in Idaho. Their reality was the reality of many of Jordan's friends and their families a generation later: overworked and underpaid. In high school he saw the power of sports and recreation to help escape these  harsh realities and became fascinated with the ability of these activities to bring together the cultural and  social “other”. Jordan went on to get his Bachelor’s degree in Youth Ministry with an emphasis in Sports Ministry from Azusa Pacific University for this very reason. It was in this environment as a Multi-Ethnic Leadership Scholar that he realized how much sports and recreation were practical agents of justice and peacemaking. In his undergraduate career he also realized that for himself, the work of justice and peace is the work of God and therefore the work of all people of faith. He saw  a disconnect between this belief and the actions of the church in his experience, so he went to seminary to  try and figure out why. He recently graduated from Fuller Theological Seminary with a Master’s Degree in Theology and a conviction that justice work is deeply connected to his faith. He looks forward to learning with and from CLUE and his other fellows to continue to develop what faith moved towards a just action looks like.