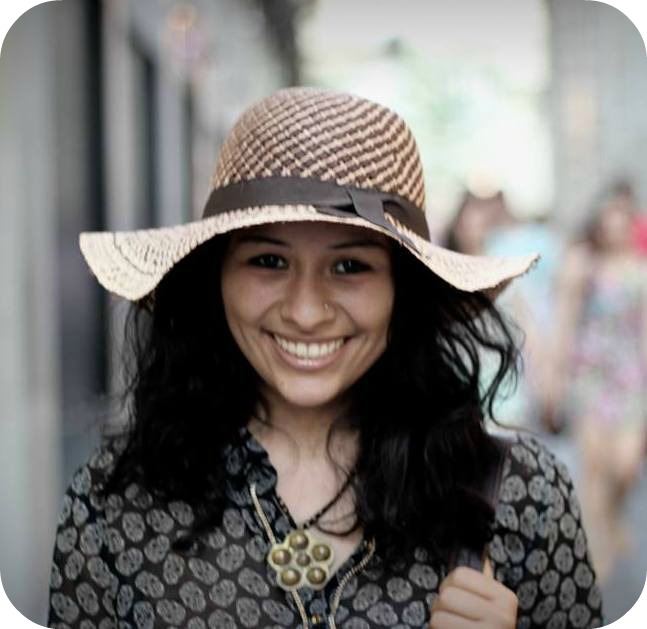 Grecia had the privilege of living her childhood years with her grandmother in Guatemala. In Guatemala, her family’s way of living imparted in her the importance of living a life of simplicity, hard work, servitude and humility. As an undergraduate student, she studied Global Studies at Azusa Pacific University, a program that allows students to integrate multidisciplinary coursework with first-hand experience of the challenges faced by marginalized communities in Central Los Angeles and abroad. Through this type of education, she grew a passion for social justice, advocacy, and working on the grassroots level. Her passion to pursue a career in advocacy, organizing, and human rights continued when she returned to live in Guatemala in 2010 for a global-learning-term program. There she worked with Trama Textiles, a weaving cooperative that employs widows from the 36-year-long civil war. She conducted a field study that focused on their lives as widows in the aftermath of genocide. Her heart was torn by their stories and suffering caused by the bloodshed of war.

Following graduation in 2011, she joined the Master of Arts in Transformational Urban Leadership (MATUL) program. During this time, approximately two years, she resided in New Delhi and Kolkata (India) living and working on various social-justice issues with groups of people and local leaders that have taught her that social change happens through solidarity, commitment, integrity, and courage. Currently, she resides in Los Angeles and is extremely grateful and excited to have the opportunity to work and learn alongside CLUE.

This summer, Grecia will be working with the port truck drivers. 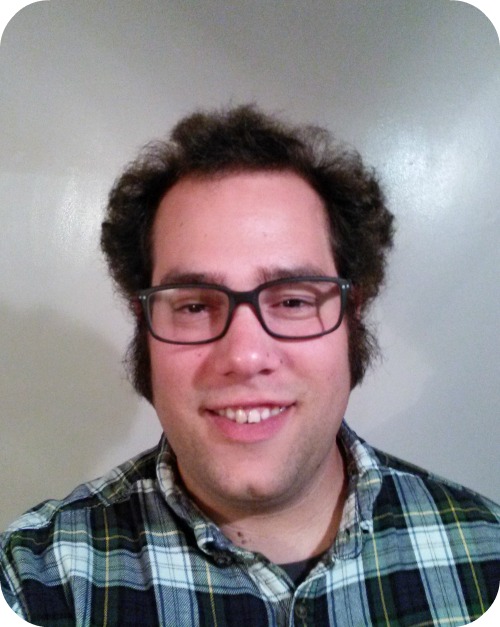 Joseph Ben Dov was born in Israel, grew up in Brooklyn, and discovered social activism in Long Beach, California. He considers himself, first and foremost, a human, a student of life, (and of college). He is studying Sociology at Golden West College in Huntington Beach, and is hoping to become a social worker. He grew up without a strong religious influence in his life, but since moving to California has learned a lot about his Jewish heritage, as well as many other religions. He eagerly anticipates discovering more about Los Angeles’ diverse religious culture this summer. He plans to absorb every bit of information thrown at him like a sponge, both about religion and organizing. He knows CLUE has a lot to teach him about both, and looks forward to a jam-packed summer full of opportunities.

This summer, Joseph will contribute to the Black-Jewish Justice Alliance. 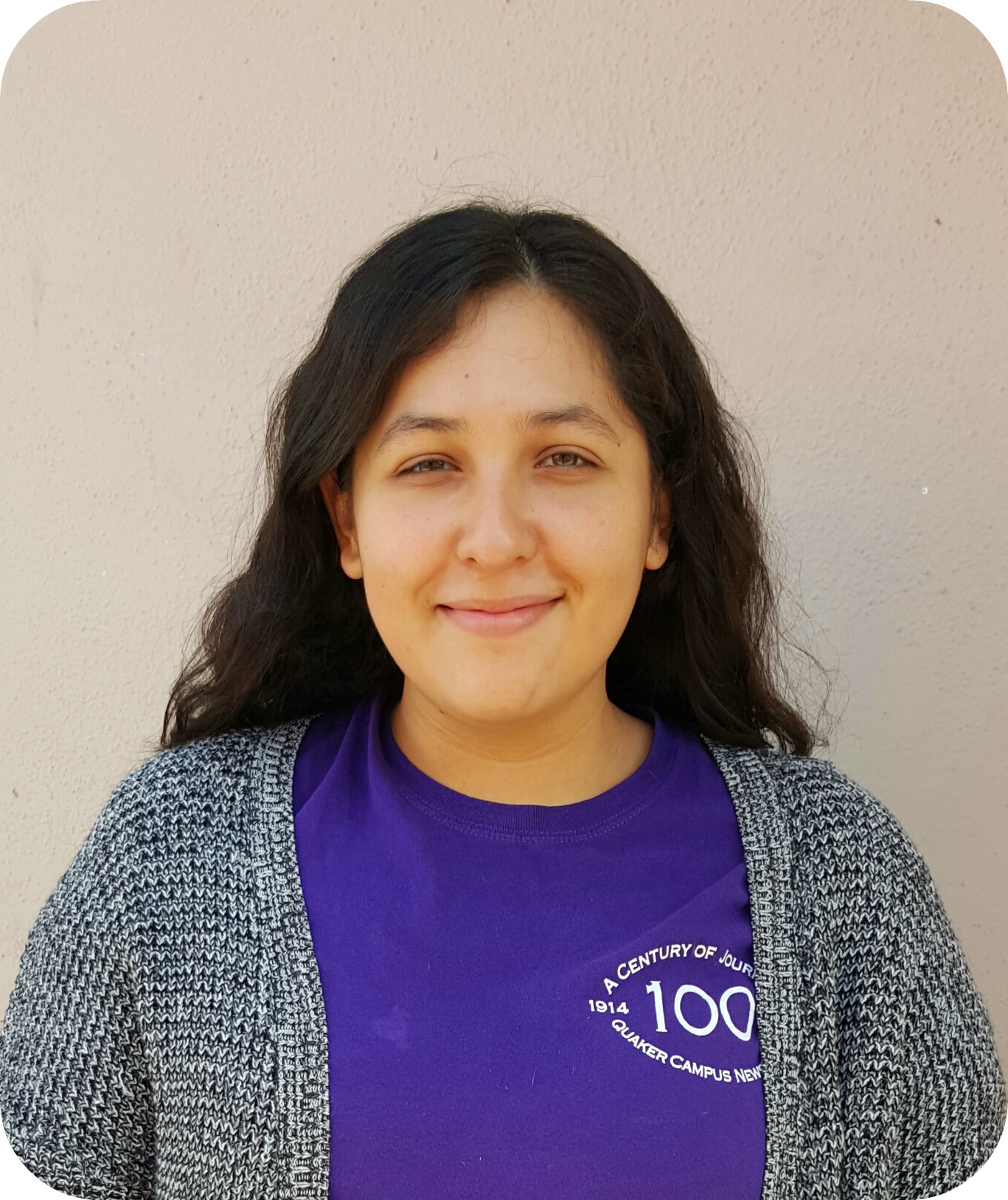 Luz Castro was born and raised in the city of Bell Gardens. She is currently a junior at Whittier College pursuing a Bachelor's Degree in Political Science and Spanish. Her lifelong dream is to make something of herself through higher education in order to help Latino communities around the Los Angeles area. She wants to attend law school and wishes to open up her own practice as an immigration attorney. Eventually, she wants to run for Congress to influence public policy and provide Americans with needed change and additional support to live more productive lives. Throughout the years, she has noticed injustices, particularly due to the lack of opportunity and education that separate many from their dreams. She has seen her mother’s sacrifices, which have made Luz notice the opportunities Luz has and has inspired her to make something of herself. For these reasons, she is determined to make a change, to represent all communities, but specifically Latino communities, because Luz believes it is time to rewrite the stories others have miswritten of her and of her community.

At Whittier College, Luz is involved in MEChA, the school's newspaper, and is a peer mentor for first-year students. She has also taken part in some actions, including the OUR Walmart campaign, and is a former intern for the Congresswoman Roybal-Allard in the 40th Congressional district. She is also involved in her church, St Gertrude United for Change, where she is able to help plan retreats for the students who are confirming their Catholic religion.

This summer, Luz will be focusing on the El Super campaign. 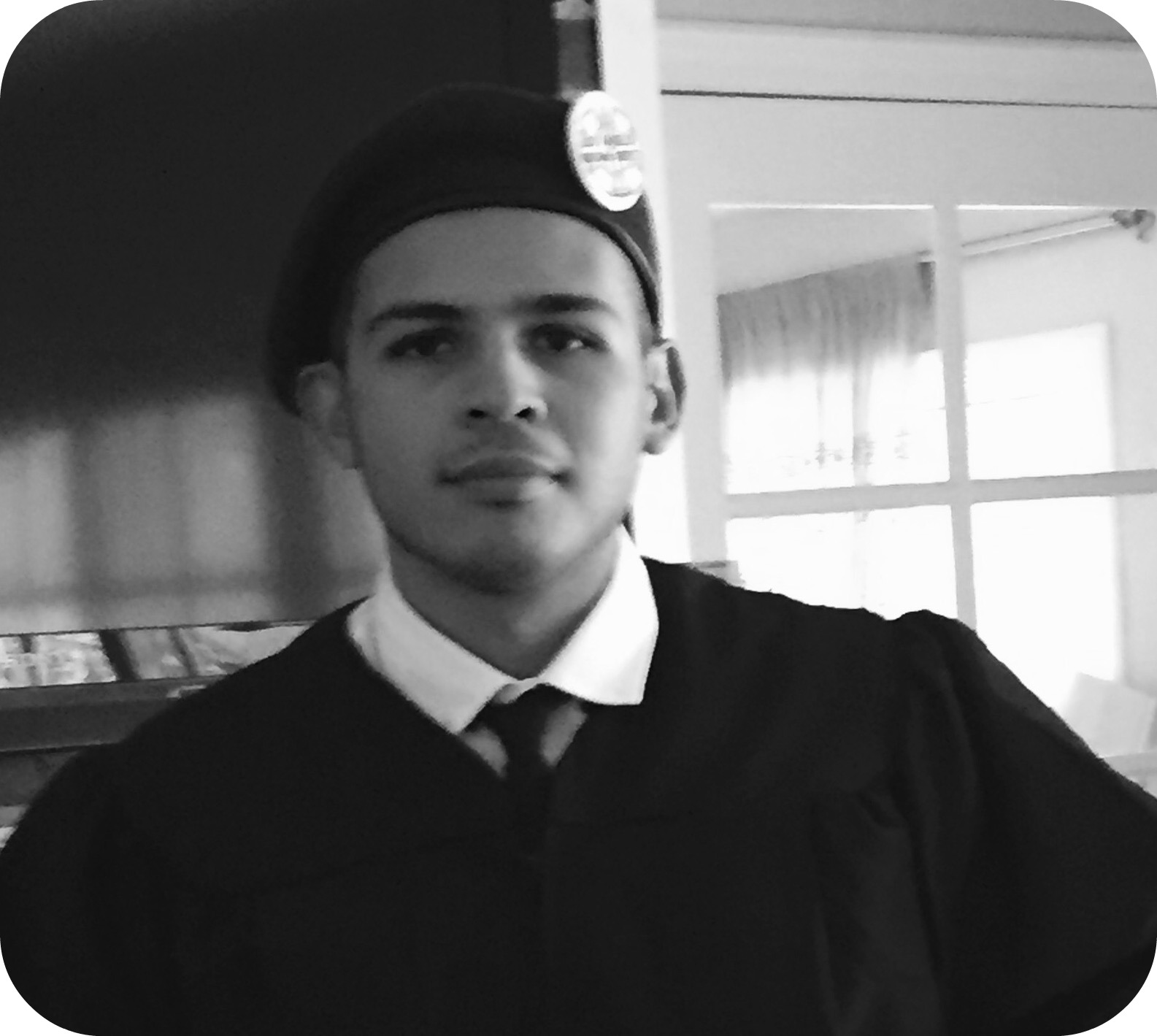 Robert Cristo recently earned his Bachelor of Arts in History and Political Science from Whittier College. Robert brings his leadership experience as a community organizer and activist in Southern and Northern California. Robert has worked as a community youth organizer with the Youth Justice Coalition in Inglewood, California. Currently, he is also an intern with the Southern California ACLU in Los Angeles and is the founder of the Los Angeles Brown Berets. The LABB provides support to community-based organizations, socio-political movements and networks that focus on socioeconomic-legal-immigration issues such as Black/Brown Lives Matter. Recently, the Brown Berets have started hosting a radio show for KPFK.

This summer, Robert will be contributing to Pasadena's Livable Wage campaign. 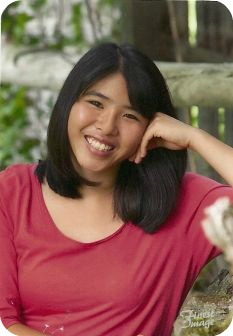 Chennah Sharpe currently attends Providence College. She is majoring in Global Studies with minors in French, and Public and Community Service. Chennah has been the coordinator of an Interreligious Dialogue Group through Campus Ministry. She also holds the position as Community Liaison for a weekly, at-risk youth program called Rec Night, formed on Kingian steps and principles of nonviolence. Chennah organizes, and guides other Providence College volunteers, and leads reflections connecting experiences with concepts from the students’ service-learning courses. Chennah also volunteered with the Mustard Seed Communities in Kingston, Jamaica; this organization supports the care of children, and adults with disabilities through prayer and sharing the Catholic faith.

Born in Taiwan, adopted, and raised in Vermont, Chennah grew up in an Irish Catholic family. Chennah plays the violin and sings in Liturgical Choir. She is going to study rehabilitation policies and how to resolve conflicts in Geneva next spring. In the future, Chennah hopes to work with either at-risk youth in after-school programs, or advocating for the rights of people with disabilities, especially inclusion, and support through religious communities. This summer Chennah is thrilled to join CLUE. She wants to learn how to empower workers by implementing ideas, sustaining pre-existing programs, and examining how financial, political, and spiritual needs form a community’s desires and sustainability.

This summer, Chennah will be working in Downtown LA with the CLEAN Car Wash campaign. 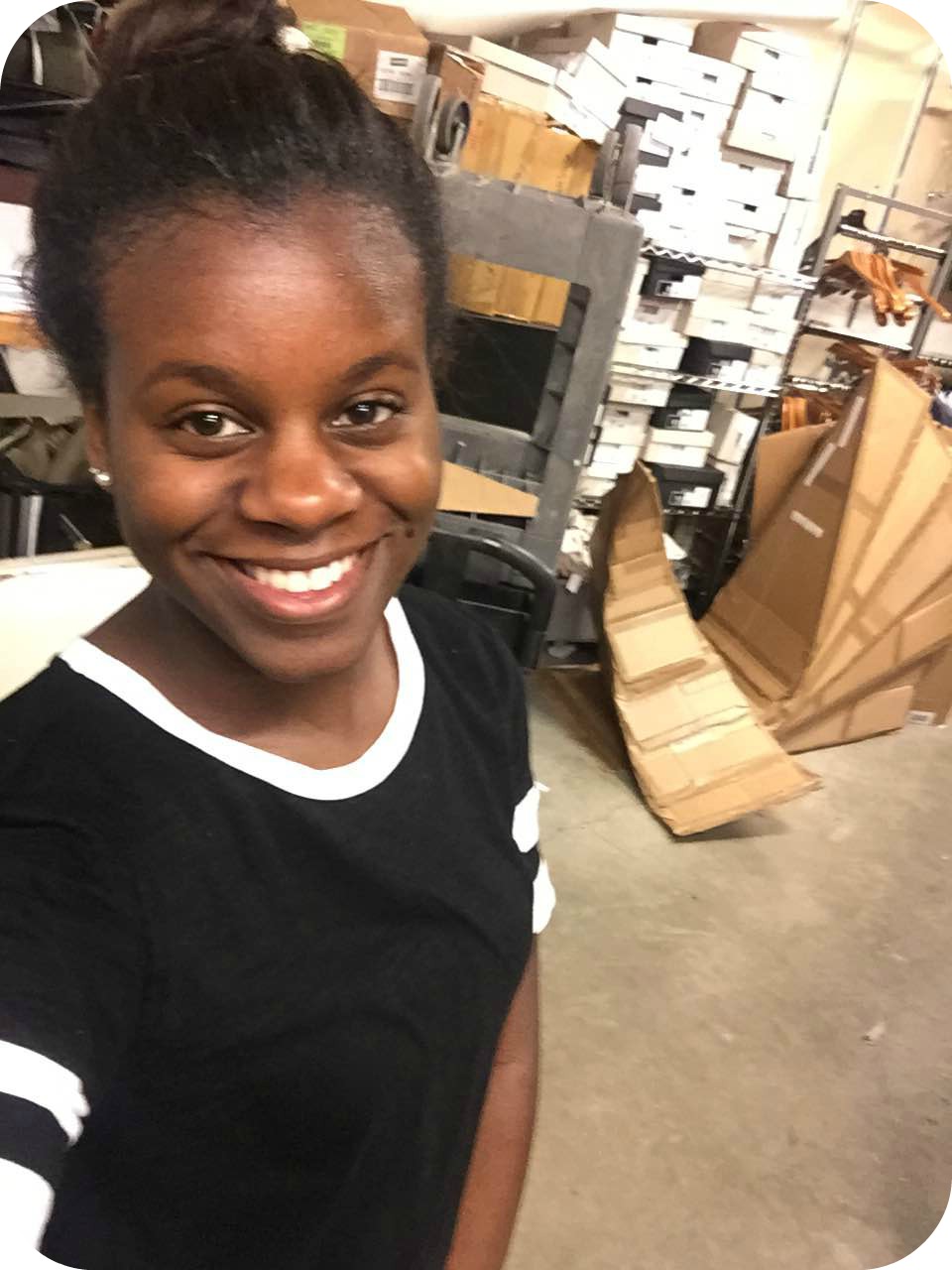 Shanel Alexander is going into her third year of college. She just finished her  second year at California State University, East Bay, and will start her third year at Texas Christian University. She is a member of the Grace United Methodist Church right here in Los Angeles.

This summer at CLUE, she will be working on the Black-Jewish Justice Alliance campaign. She hopes to learn how to organize, how to communicate properly to get the job done, and how to channel her very real frustrations in a faith-based way. She notes that she is very excited for the rest of the summer! 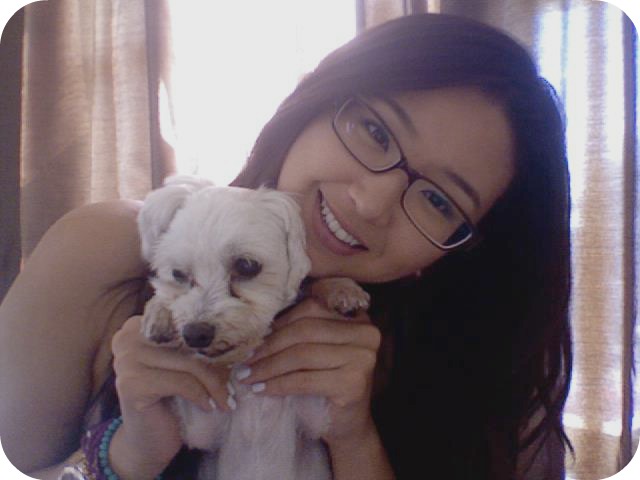 Sarah Shin grew up in Glendale, California before attending and graduating from University of California, San Diego, where she received her Bachelor of Arts in English Literature. During her time at UCSD, she took very challenging Korean courses, wrote for her school newspaper, and had the opportunity to delve into  learning about the prison-industrial complex (PIC). Since graduating, she has moved to Los Angeles and has become a member of Critical Resistance Los Angeles, a chapter of a national organization that fights to abolish the PIC. Sarah identifies as Agnostic, but looks forward to learning CLUE’s interfaith-based approach to organizing.

This summer, Sarah will be CLUE's Communications fellow. 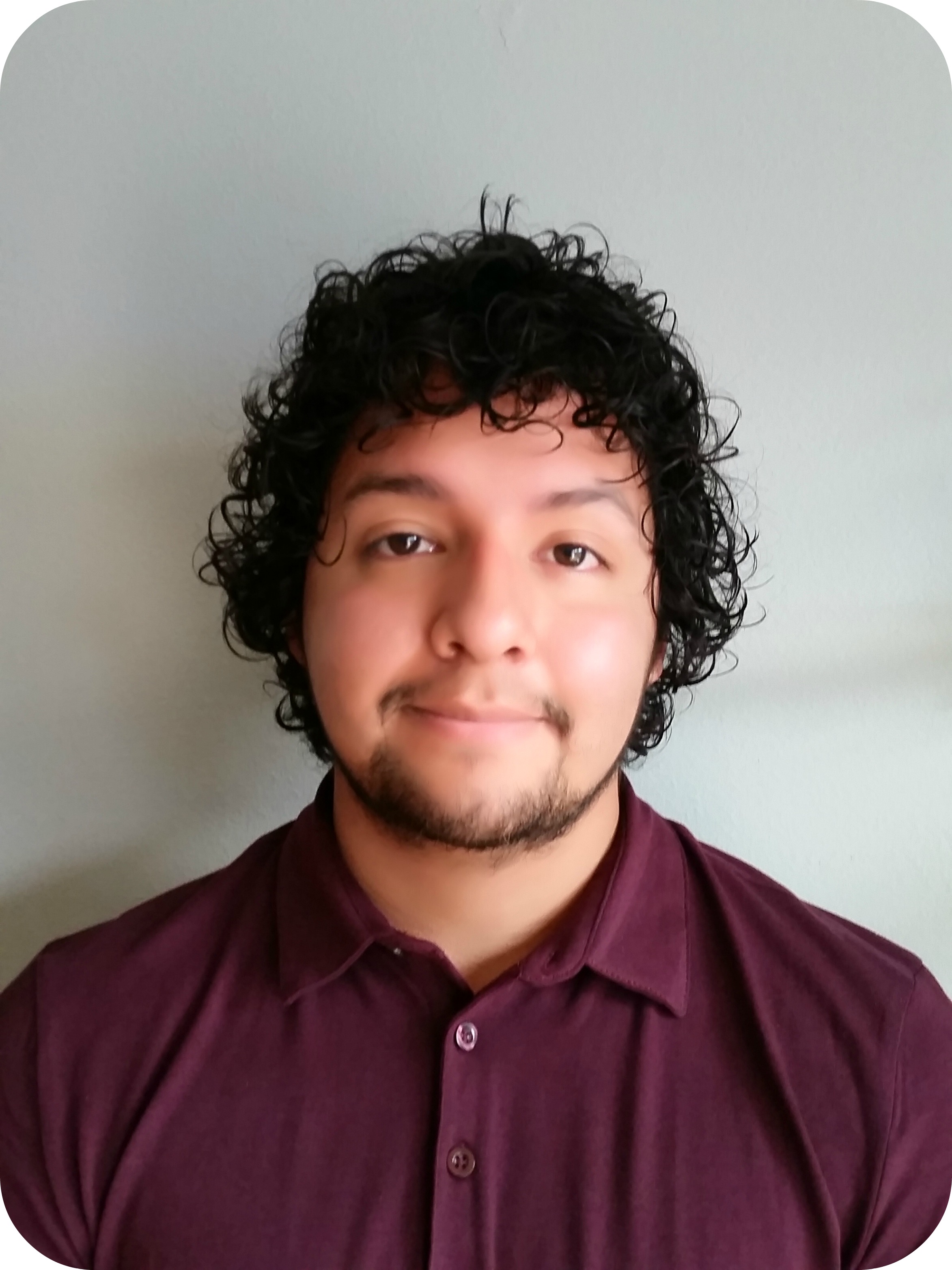 Marvin Tapia grew up in Santa Ana, California and currently lives in Anaheim with his hard-working parents, who both came from Mexico City. Currently a third year at the University of La Verne, he is majoring in Psychology. Marvin is the Director of Activities for the First Generation Club on campus, and is involved in the First Generation Mentoring Program, the Latino Student Forum, and Psi Chi Honor Society. He comes from a traditional Catholic household brought up by his parents. During his free time, he likes to hike, play guitar, and hang out with friends.

After being exposed to the activist community as well as the social and economic injustices many around him face, including his mother, Marvin wanted to support the workers in any way possible to ultimately help workers gain the services and respect that they deserve. He wants to expose himself to many different faiths so he can learn about different religions, which he believes will give him a greater sense of identity in terms of his spirituality and faith. This summer with CLUE, he would like to learn valuable skills in communication and organizing and plans on using these skills throughout his lifetime.

This summer, Marvin will be collaborating with and building up CLUE Orange County.

The Ziegler Young Religious Leaders Fellowship is open to all students in high school to graduate school, and to non-students wanting to learn! Other desirable applicants include pastoral staff and lay leaders who are interested in faith-rooted community organizing.

The fellowship emphasizes: teamwork; deep training; shadowing; hands-on, practical work; developing strong relationships with local religious communities and work leaders; and a thirst to change the world. The internship is demanding, fun, dynamic, high energy, creative, and exciting. It is life changing. Be prepared for all of the above.