Today, we want to share some good news with you about Reverend Samuel Pullen, a former CLUE staff member and Orange County committee member, who on May 11th, 2020, won a two-year fight with the city of Los Alamitos to rescind their anti-sanctuary law.

On October 5th, 2017, California signed SB 54, also known as the California Values Act, into law, ensuring that no state and local resources are used to assist federal immigration enforcement and that our schools, our hospitals, and our courthouses are safe spaces for everyone in our communities. The California Values act went into effect on January 1st, 2018.

But on May 16th, 2018, Los Alamitos passed its own ordinance exempting the city from complying with the California Values Act.

In response, Rev. Sam helped organize religious leaders and community to demand that the city repeal the ordinance and act in accordance with the state-wide sanctuary law. Together, they formed Los Alamitos Community United to advocate for safety in our communities. 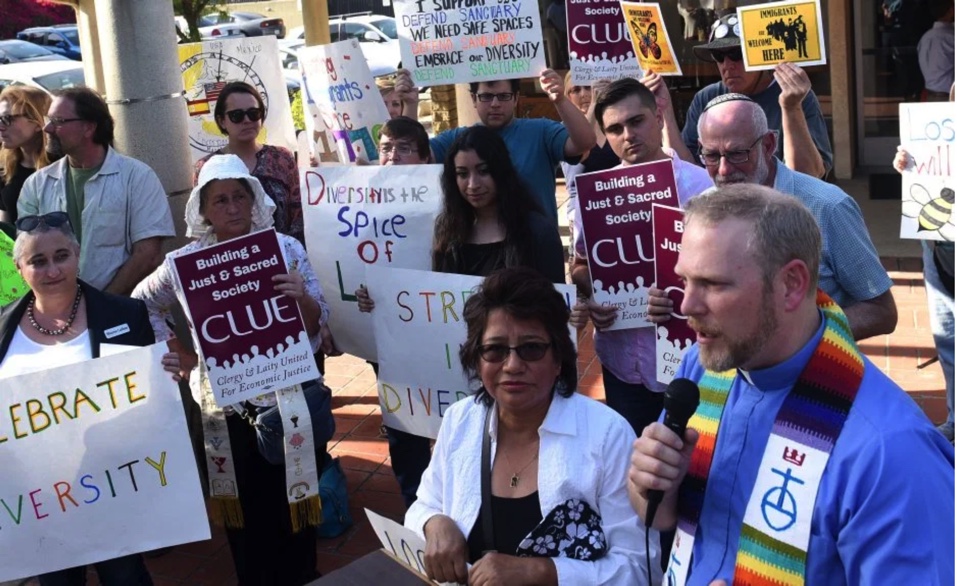 Finally, on Monday, May 11th, 2020 the Los Alamitos City Council voted to rescind the anti-sanctuary ordinance.

The city's reversal was part of a settlement agreement reached between the ACLU and other community groups and the city of Los Alamitos.

"I think it's an important example of when elected officials pursue policies that are politicized and polarizing but don't benefit the community, it's important to stand up and challenge that," Rev. Sam told the Orange County Register. Rev. Sam was also a plaintiff in the lawsuit.

We applaud the hard work of Rev. Sam and everyone in Los Alamitos Community United to represent what we stand for: that all people deserve to live in safety.

Want to learn more about this campaign? Pastor Sam was interviewed on KUCI's "Ask a Leader" program on Tuesday. Have a listen here.