[The Signal] Protesters demand Knight give them a “DREAM Act Now”

Dozens of protesters gathered outside of Congressman Steve Knight’s Santa Clarita office with demands for a “Dream Act now.”

L.A. Voice, a chapter of the Pico National Network, grabbed signs, megaphones and their voices to bring their message and demands for continuing the Deferred Action for Childhood Arrivals, or DACA.

The protest comes the day after DACA expired, ending a nearly six-year executive action to protect immigrants who entered the country as minors to receive a two year deferred action from being deported. 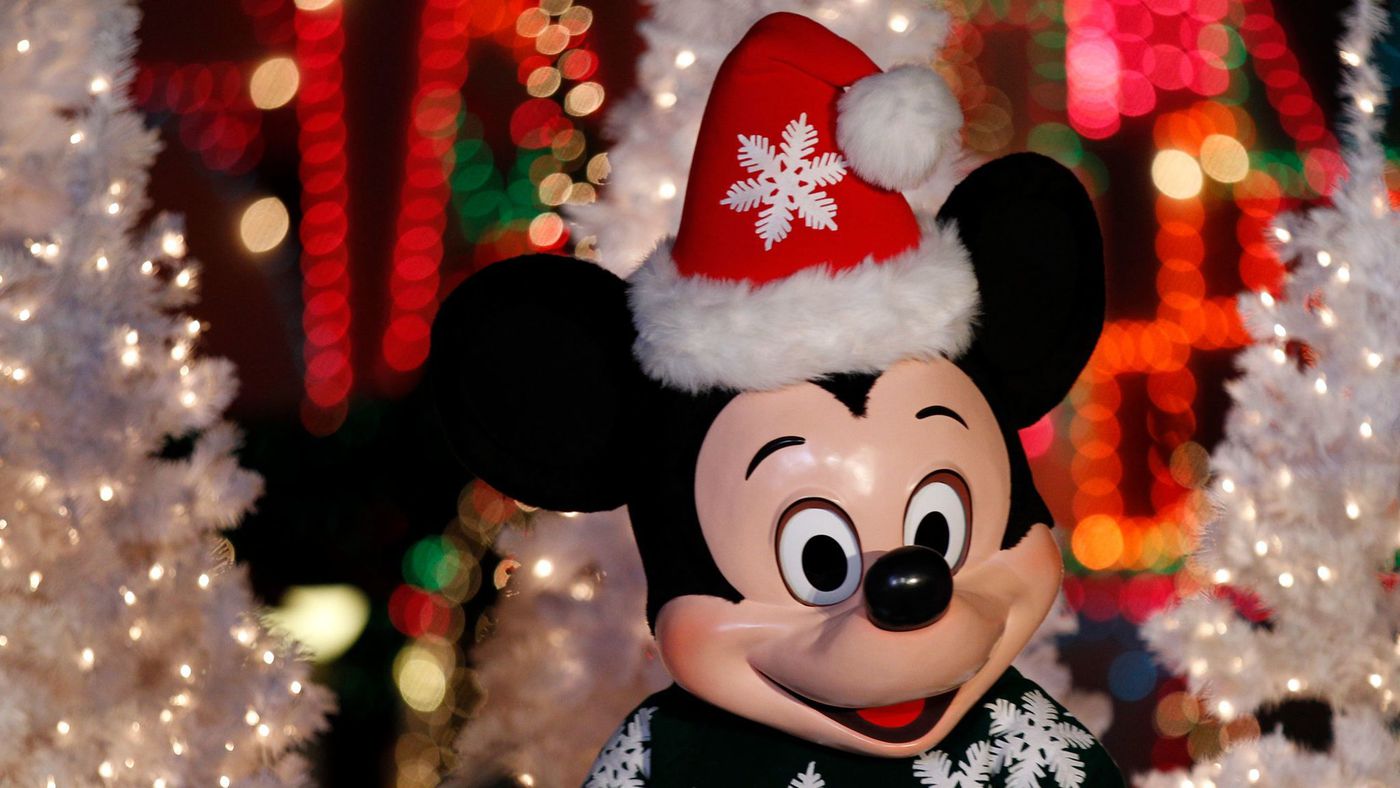 Mickey Mouse appears during the lighting of "It's a Small World" ride, decorated for the holiday season on Nov. 12, 2015 at Disneyland in Anaheim. (Los Angeles Times)

By PETER DREIER and DANIEL FLAMING

Disneyland is famously promoted as the "happiest place on earth." But for many of the theme park's 30,000 employees, it isn't the happiest place to work. That's what we discovered after spending a year talking with Disneyland workers and conducting a survey of about 5,000 "cast members," as the company refers to its employees.

Since 2000, Disneyland's attendance (more than 27 million in 2016), daily ticket prices ($117 most days of the year for anyone over the age of 10) and revenues (more than $3 billion) have increased, but during that period, its employees' pay has dropped 15% in real dollars.

(Cronkite News LA/Arizona PBS interviewed Rabbi Aryeh Cohen of CLUE on February 28, 2018 in the wake of ICE raids in Los Angeles in which about 200 people were arrested. Reporter Micah Bledsoe did the report. The interview begins at 1:37.) 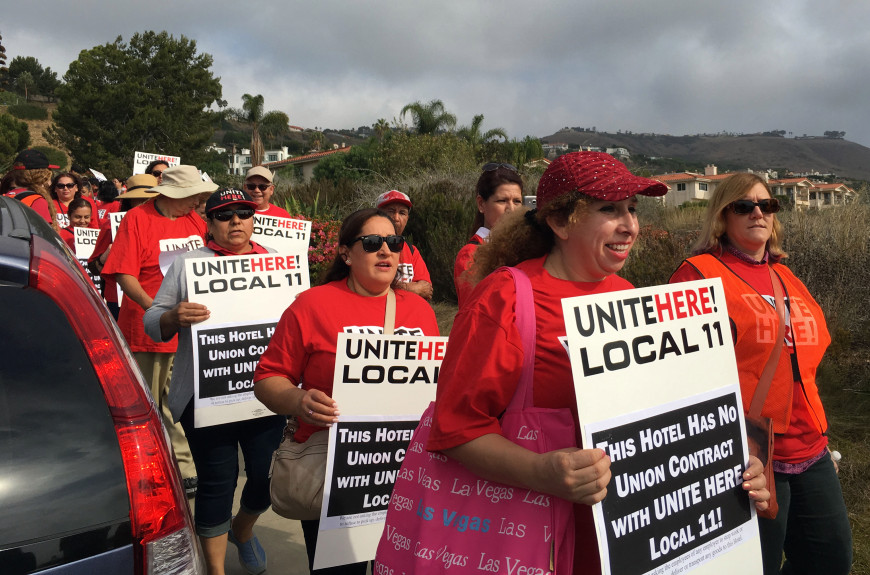 In this file photo, union workers with Local 11 of Unite Here rally in support of two employees at Terranea Resort who filed a class-action lawsuit last year alleging the resort’s parent company failed to pay its workers for time on the job and violated other work and wage regulations. (Cynthia Washicko/Daily Breeze)

Unite Here Local 11, which has been trying to unionize hospitality staff members at Terranea, announced that it filed paperwork with the City Clerk’s Office to circulate petitions aimed at putting a measure on the November ballot. The group needs to collect 4,000 signatures from registered voters in the next 90 days to qualify the measure, which would require major hospitality employers in the city to protect employees against sexual threats and assault, including panic buttons for workers who clean guest rooms.

Union leaders said they were backing practical solutions to the problem of sexual assault in the workplace as part of the #MeToo movement.