(AP coverage of CLUE's participation in a coalition on June 26, 2018 protesting the Trump administration's cruel treatment of immigrant families.) 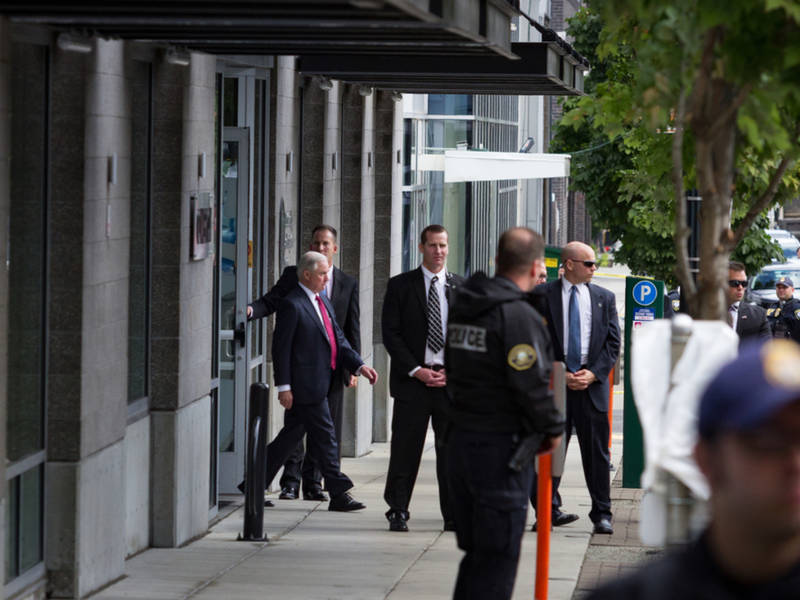 LOS ANGELES, CA — About two dozen clergy members were arrested Tuesday outside the federal courthouse on Spring Street after linking arms and defying a warning from police to disperse while protesting U.S. immigration policy ahead of a visit by Attorney General Jeff Sessions' later Tuesday.

The clergy members were among several hundred protesters who had gathered with an array of immigrant advocacy groups that are planning a full day of protests, rallies and marches as Sessions visits downtown amid an ongoing outcry over the Trump administration's now-rescinded policy of separating children from their parents when they are apprehended at the Mexican border by U.S. officials.

[The Guardian] ‘Our country is not a safe place’: why Salvadorans will still head for the US

(The Guardian chose to quote CLUE in a long piece about how those who have been deported back to El Salvador readjust to new circumstances in their country of origin.)

Poverty and gang violence are driving an exodus, regardless of US asylum reforms 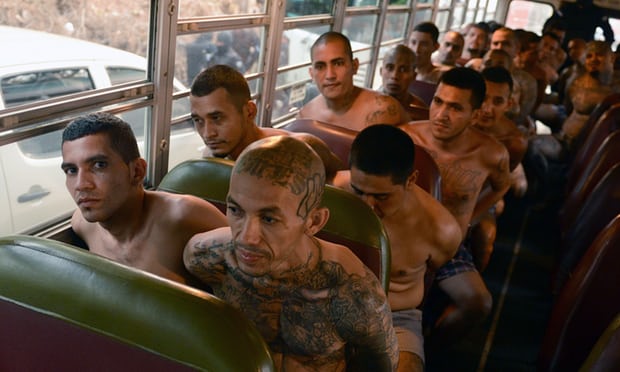 Outside the migrants’ attention centre in San Salvador, 19-year-old Berenice Cruz’s eyes dart around nervously before she whispers that she had fled El Salvador “because of the crime”. Nearly all her family in the east of the country belong to a gang, she says, but she refuses to get involved. The gang threatened to kill her, so she attempted the perilous journey to Reno, Nevada, in the US, where an aunt lives and where sanctuary lies. She failed.

“If I go back to where I live, they’ll kill me,” she says, shortly after arriving back in her home country from a detention centre in McAllen, Texas, where she was held after crossing the border. She is one of 11,748 Salvadorans deported from the US and Mexico since the start of 2018.

Migrants have been under relentless attack since Donald Trump began his run for office. The US authorities’ policy of separating children from their families in the name of a “zero tolerance” immigration strategy sparked outrage last week from Washington DC to San Salvador, and Trump was eventually forced to back down with an executive order which critics say still does not go far enough. But his policy continues to ignore the difficult realities of thousands of migrants fleeing violence and misery in the so-called Northern Triangle, the Central American countries of El Salvador, Guatemala and Honduras plagued by corruption, gang crime and impunity.

[Rising Up With Sonali] Rising Up In the Streets: Rally Against Family Separation and Detention 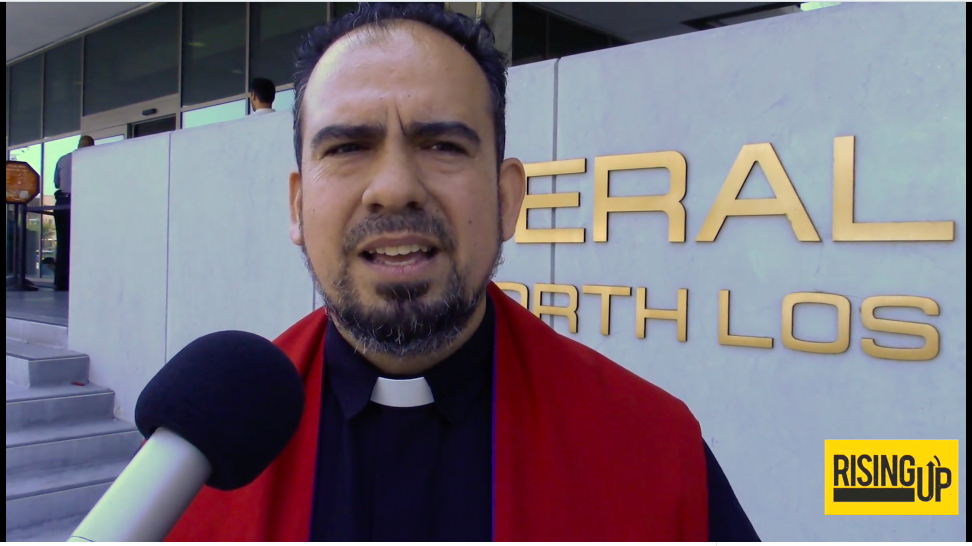 (Sonali Kolhatkar, whose national show is on KPFK, dedicated a long segment to the multi-faith protest of family separations that CLUE participated in on June 21, 2018 in front of the Federal Building in Los Angeles.) 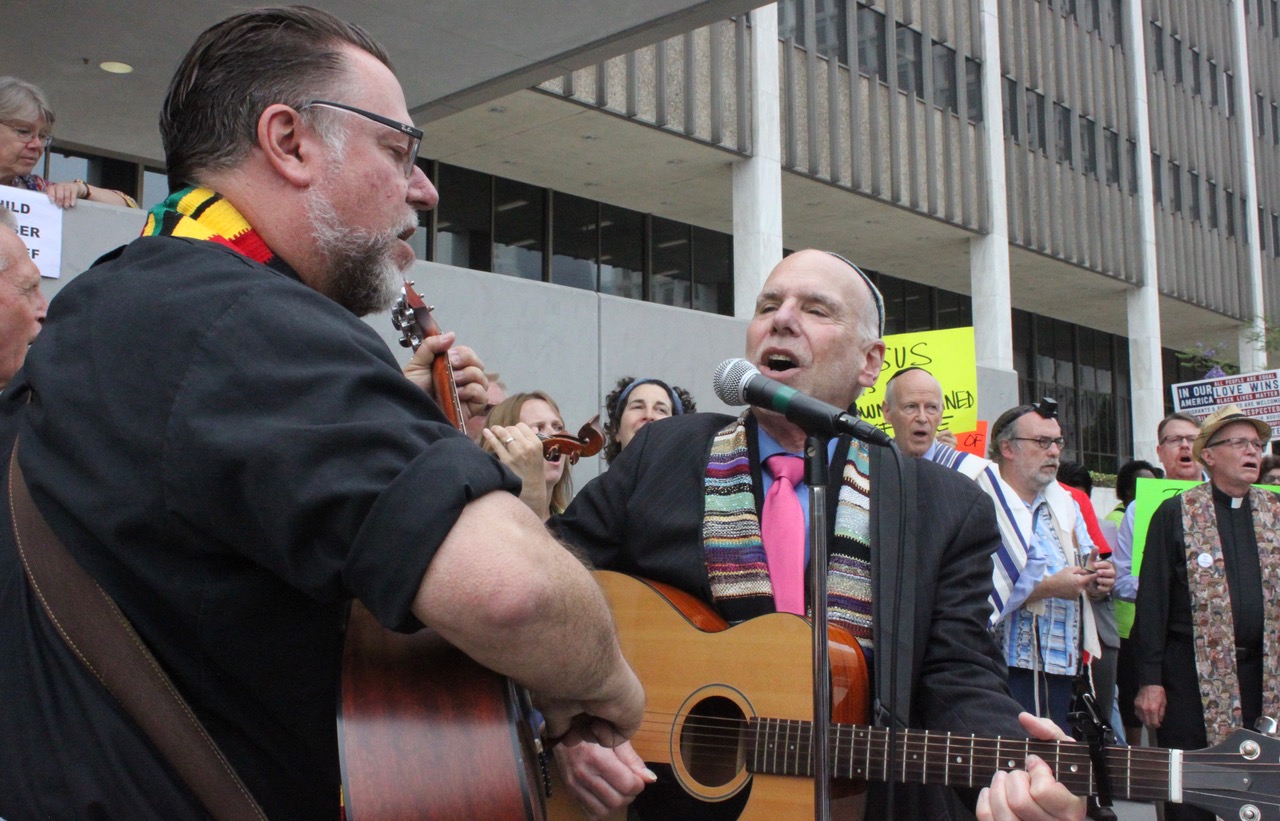 (Immigrant magazine published our statement against the Trump administration's actions and on behalf of immigrant families in full, with pictures. Read on!)

(Here is coverage from the newspaper La Opinión of our action on June 21, 2018 in front of the Federal Building to protest the Trump Administration's separation of immigrant families and its later decision to detain the families together in isolated facilities.) 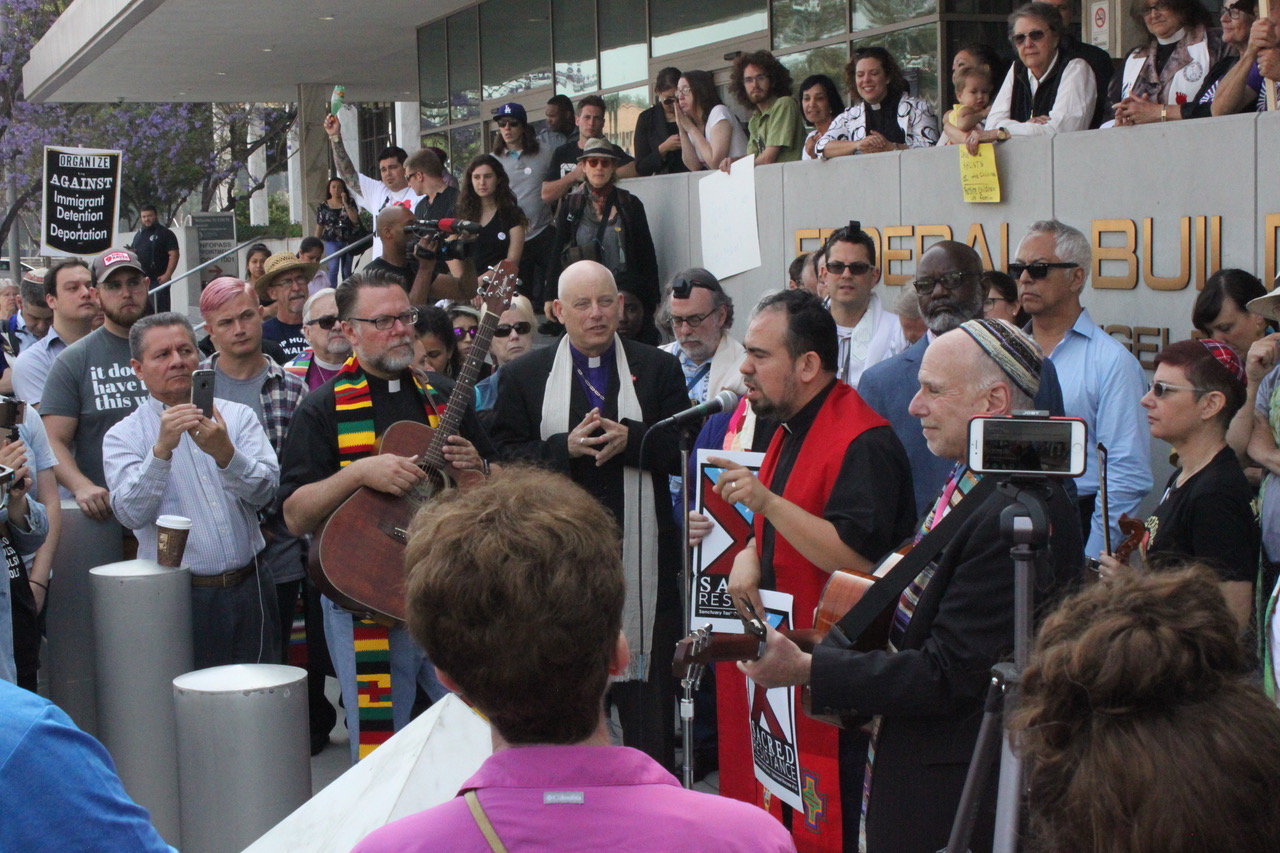