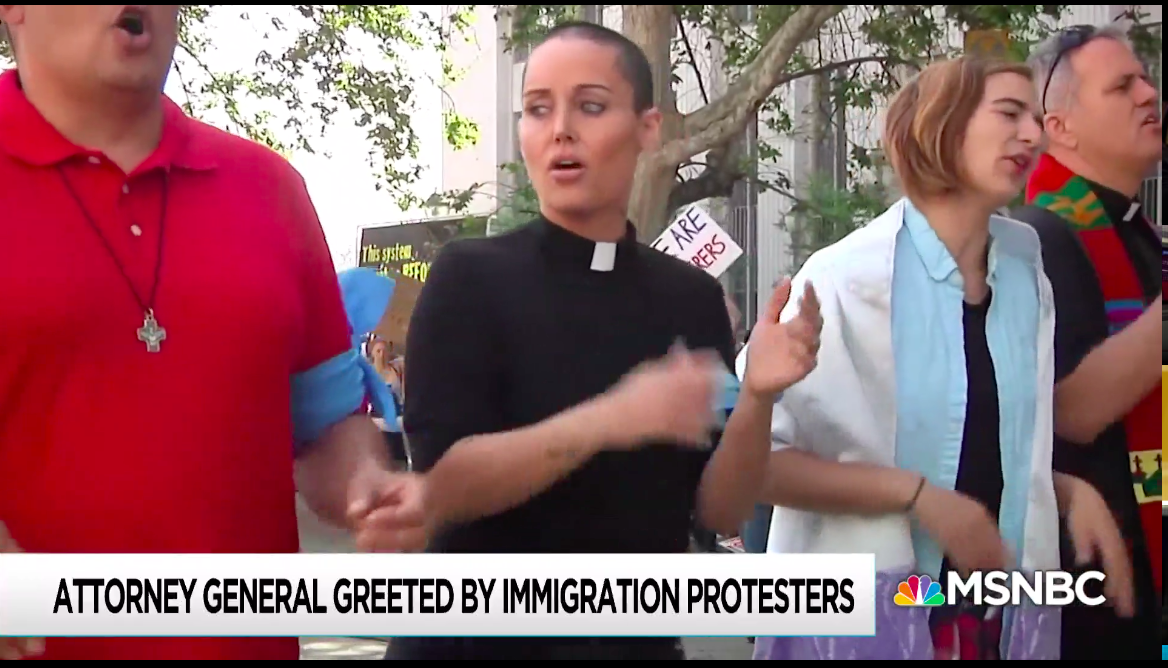 (The Rachel Maddow Show led its report on Trump immigration policies with the clergy protest of Sessions' visit to Los Angeles and of his policy to separate immigrant families.) 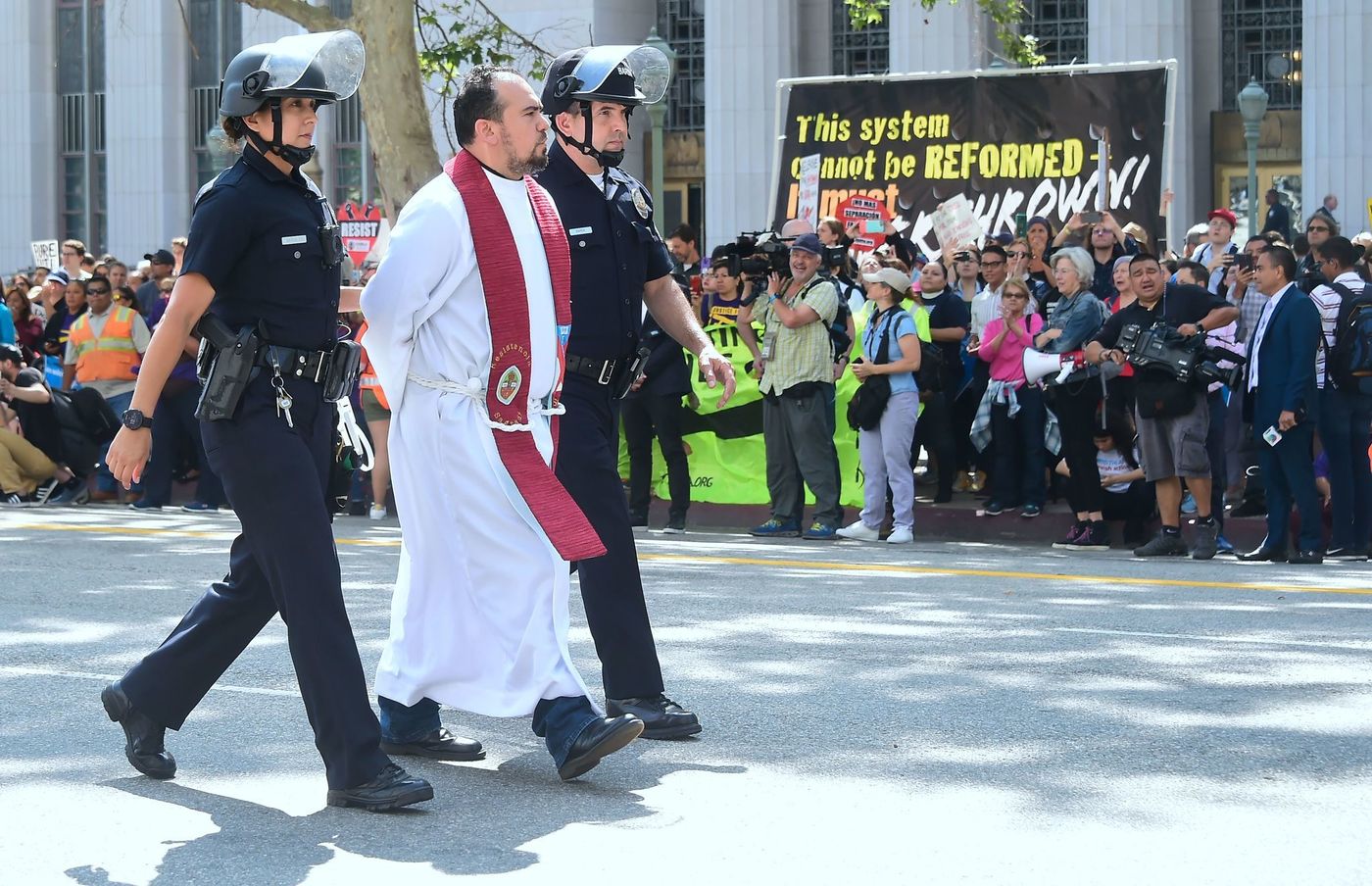 Members of the clergy from different denominations are arrested in an act of civil disobedience in Los Angeles, California on June 26, 2018. (FREDERIC J. BROWN / AFP/Getty Images)

The religious leaders from different faith backgrounds linked arms to block Spring St. near a federal courthouse as police ordered them to disperse.

With cops threatening immediate arrest, they sat down side-by-side in the street in an act of civil disobedience organized by Clergy and Laity United for Economic Justice (CLUE), a spokeswoman for the group told the Daily News.

Rabbi Aryeh Cohen was one of the clergy members hauled away in plastic cuffs. Speaking to The News after his release, Cohen said he was one of 23 total clergy members cited with an infraction for failing to follow a lawful order. 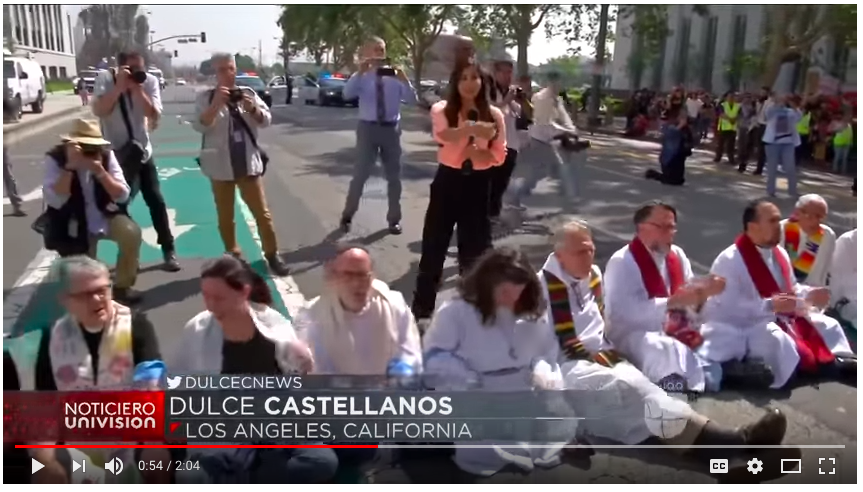 (KCRW coverage of CLUE's participation in a coalition on June 26, 2018 protesting the Trump administration's cruel treatment of immigrant families.)

US Attorney General Jeff Sessions visited Los Angeles today to speak at meeting of the Criminal Justice Legal Foundation. But even before Sessions took to the podium of the Biltmore Hotel, protesters gathered to say that he was not welcome here. KCRW's Saul Gonzalez was there and spoke with Steve Chiotakis about what demonstrators were after. 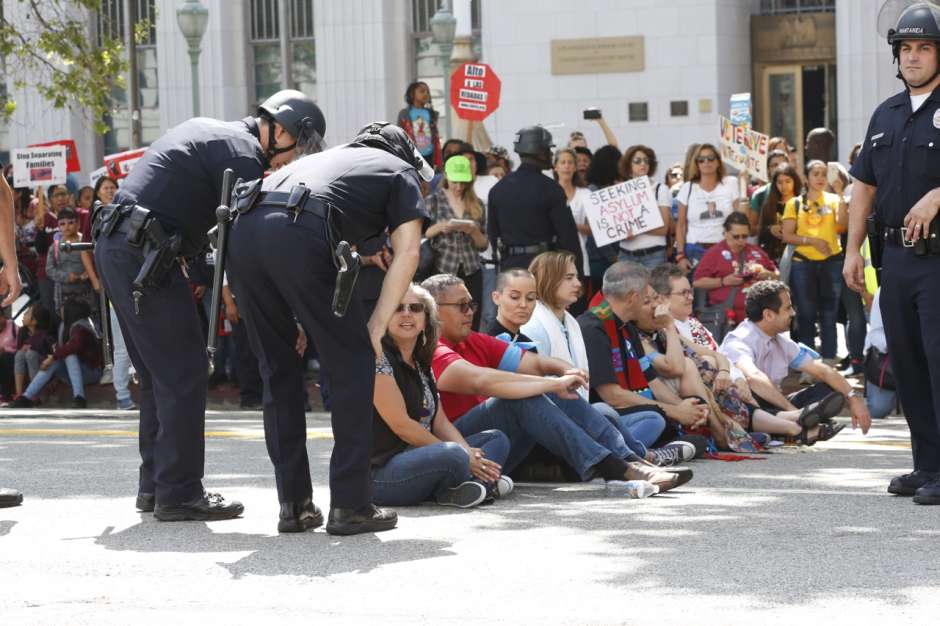