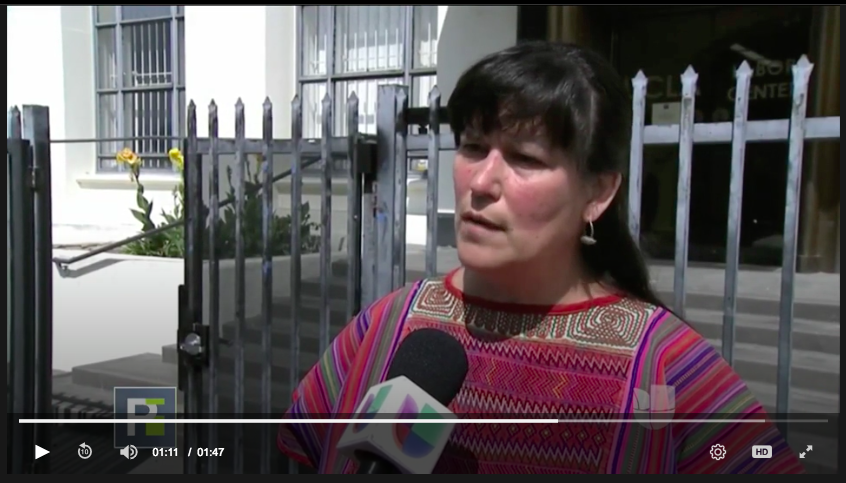 (KABC TV7 coverage of CLUE's participation in a coalition on June 26, 2018 protesting the Trump administration's cruel treatment of immigrant families.) 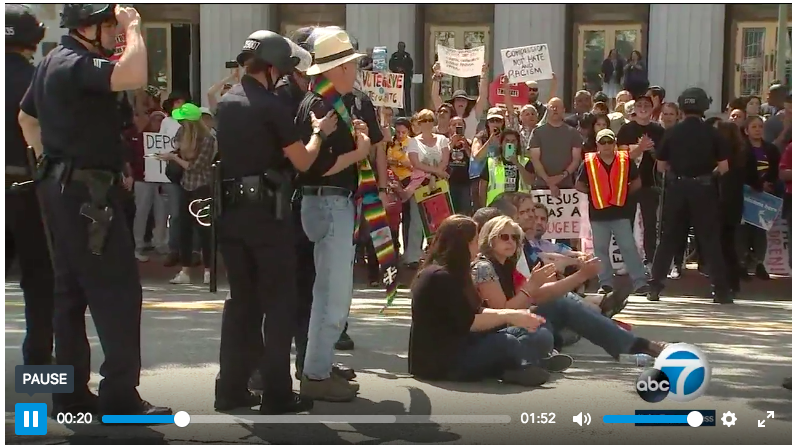 About two dozen people were arrested at an immigration-policy protest as Attorney General Jeff Sessions spoke nearby at a Los Angeles hotel.

DOWNTOWN LOS ANGELES (KABC) -- Arrests were made as hundreds of protesters gathered in downtown Los Angeles Tuesday ahead of a planned visit by Attorney General Jeff Sessions.

Twenty-five people were taken into custody after the peaceful organized protest was declared an unlawful assembly by Los Angeles police. Clergy were seen among those being arrested.

Crowds holding signs were given a five-minute warning to disperse by LAPD before the arrests took place, according to authorities. The protesters were cited and released.

Demonstrators in white clergy robes linked arms across the street and chanted "reunite," others waving signs that bore slogans, among them, "Stop separating families."

(Univision coverage of CLUE's participation in a coalition on June 26, 2018 protesting the Trump administration's cruel treatment of immigrant families.) 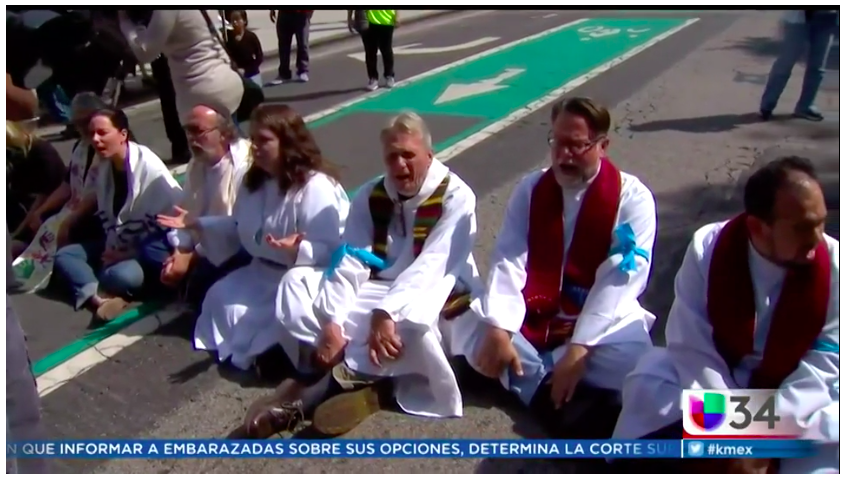 (KTLA TV5 coverage of CLUE's participation in a coalition on June 26, 2018 protesting the Trump administration's cruel treatment of immigrant families.) 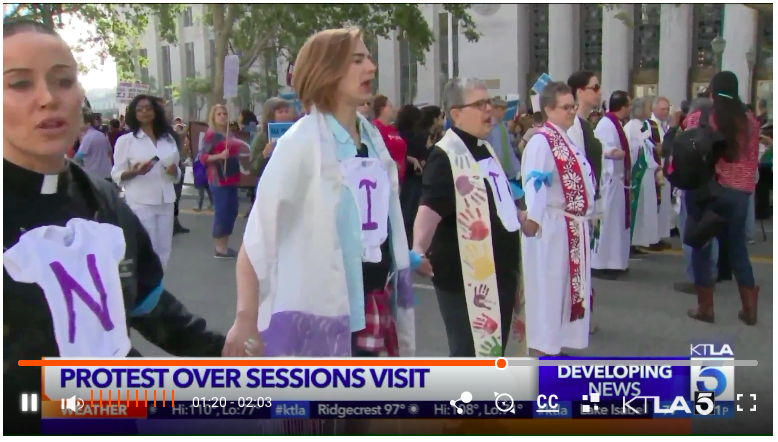 More than two dozen immigration activists were arrested as they gathered outside a federal courthouse in downtown Los Angeles Tuesday morning during a planned visit by Attorney General Jeff Sessions.

The protest drew a crowd of over 200 people outside U.S. Attorney's Office building on Spring Street, just south of the 101 Freeway, beginning around 8 a.m. Protestors chanted slogans of solidarity in Spanish and shouted, "Shame on Sessions." 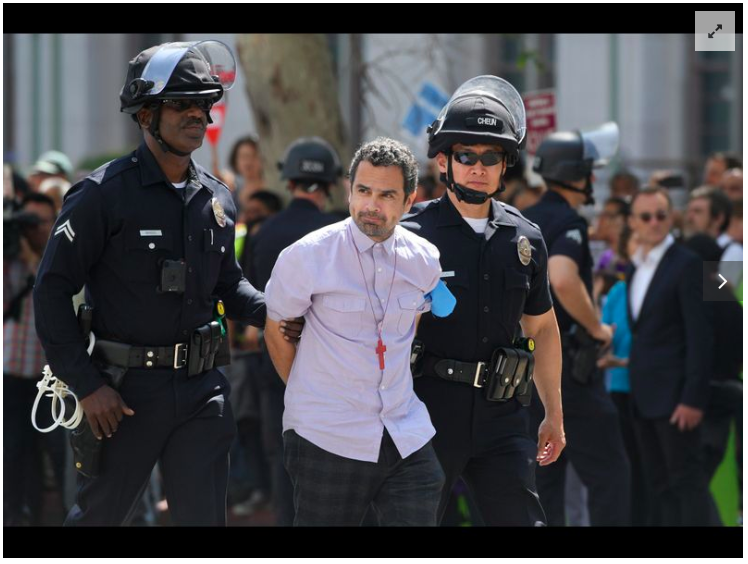 Atty. Gen. Jeff Sessions on Tuesday dismissed critics of the Trump administration’s immigration policies as open-borders advocates during a speech in downtown Los Angeles that drew hundreds of protesters.

“The rhetoric we hear from the other side on the issue, as on many others, has become radicalized,” Sessions said during a speech to a criminal justice organization. “We hear views on television today that are on the lunatic fringe, frankly.”

He was greeted warmly by the crowd inside the Millennium Biltmore Hotel, where he spoke. A man introducing Sessions to the audience assured him that he was “among friends today.”

Outside, it was a different story.