Mary Stancavage is an empowered dharma teacher with a deep commitment to engaged Buddhism which means working towards equality and justice wherever necessary. She has practiced meditation, and cultivated a spiritual practice for more than 30 years.  She completed the Buddhist Chaplaincy Program at the Sati Center and served as volunteer chaplain at Hollywood Presbyterian Medical Center. Along with serving as chair of CLUE's Personnel Committee, she is a member of the Finance and Development committees. She is a co-founder of the newly formed Meditation Coalition which balances equality and freedom from the standard hierarchical and patriarchal ideology.  In addition, Mary has M.A. from UCLA and has worked as an archaeologist in the Middle East.

Pastor Gary is a United Methodist Church Elder in the California-Pacific Annual Conference.  He currently serves on the General Board of Church and Society’s Advisory Team for 2019, Ministry with the Poor Gathering, as Chair of the Cal-Pac Conference Committee working to End Mass Incarceration, and as Chair of Strengthening the Black Church Conference Committee. He is the founder of the Full Circle Recovery Ministry, a Christian based 12 Step group, and Faith in Action, a group working to end Gun and Gang violence in South LA.

Derek Smith has been a community and political organizer in LA and Orange County for over 20 years.  He has worked on several living wage campaigns in cities such as Los Angeles, Santa Monica, Long Beach, and Anaheim.  He was inspired to join the labor movement after witnessing the courage and tenacity of Santa Monica housekeepers fighting for their union at the Miramar Hotel.  Through policy and direct action, he hopes to continue the partnership of low wage workers and community and faith leaders.  Prior to joining UFCW, he has worked with UNITE HERE Local 11 and LAANE.

Rabbi Stephen Einstein is the Founding Rabbi Emeritus of Congregation B’nai Tzedek in Fountain Valley, Orange County. Rabbi Einstein was VP of Member Services of the Central Conference of American Rabbis, having previously served as Chair of the Conference’s Ethics Committee.

Active in interfaith affairs, Dr. Einstein is Past President of the Greater Huntington Beach Interfaith Council and an active member of the Catholic-Jewish Dialogue.  He served on the Fountain Valley School Board for six years and on the School District’s Personnel Commission for 27 years. Rabbi Einstein is listed in Who’s Who in America.

Vivian Rothstein was introduced to activism through the civil rights movement of the early 1960s.  She was a Mississippi Freedom Summer volunteer in 1965 and later a community organizer in Uptown Chicago working to build “an interracial movement of the poor”.

In 1967 Rothstein participated in a peace delegation to North Vietnam to witness American bombing of civilian targets.  Upon returning to the U.S. she helped organize the Jeannette Rankin Brigade in January, 1968, the first national women’s march against the Vietnam War in Washington D.C. as well as subsequent meetings between American and Vietnamese women to end U.S. involvement in Vietnam.

Rothstein was a founder of the Chicago Women’s Liberation Union (CWLU) in 1968, one of the first women’s liberation organizations established at the time (and featured in “She’s Beautiful When She’s Angry”).  CWLU included a rape hotline, speakers bureau, liberation school for women, pregnancy testing clinic and many other local projects.

Rothstein has been with the L.A. Alliance for a New Economy (LAANE) and Clergy and Laity United for Economic Justice (CLUE) for the past 20 years, working to lift standards for low wage workers in Southern California. She initiated an archive and oral history collection covering the work UNITE HERE Local 11, the local hotel workers union, which is now housed at the UCLA Research Library.

Pastor John Cager is the Senior Minister of the Ward AME Church in Los Angeles and has served as a pastor, social justice warrior and social entrepreneur for over three decades. John's commitment to serving the least, the lost and the left out started at the iconic First AME (FAME) Church of Los Angeles where he created the MTA funded Immediate Needs Transportation Program for seniors and disabled persons; and the Disneyland Summer Employment Program for youth from south Los Angeles.

Currently, he is the President of the Los Angeles Council of Religious Leaders, as well as the Founder of the Faith Community Coalition of Greater Los Angeles. Cager also holds a variety of leadership posts within his denomination and is an active board member of several public benefit organizations. John was named Inland Valley Pastor of the Year in 2007, and has been married to the love of his life since 1994.

La Mikia Castillo is Co-Founder & Principal of Castillo Consulting Partners, and an adjunct professor and alumna of the USC Sol Price School of Public Policy, where she received dual masters degrees in Public Policy and Urban Planning, and Certificates in Public Management and Political Management. She completed her undergraduate studies at the University of California, San Diego with double majors in Ethnic Studies and Urban Studies & Planning. She is an Afro-Latina who was born and raised in Los Angeles with family roots in Panama, and is an activist and community organizer who is committed to improving outcomes for underserved communities. Professor Castillo teaches classes that focus on social innovation and the social context of urban planning, as well as Black and Latino relations. Her personal life experiences and faith encourage her passion for seeking justice and promoting policy changes that will make it possible for all communities to thrive. 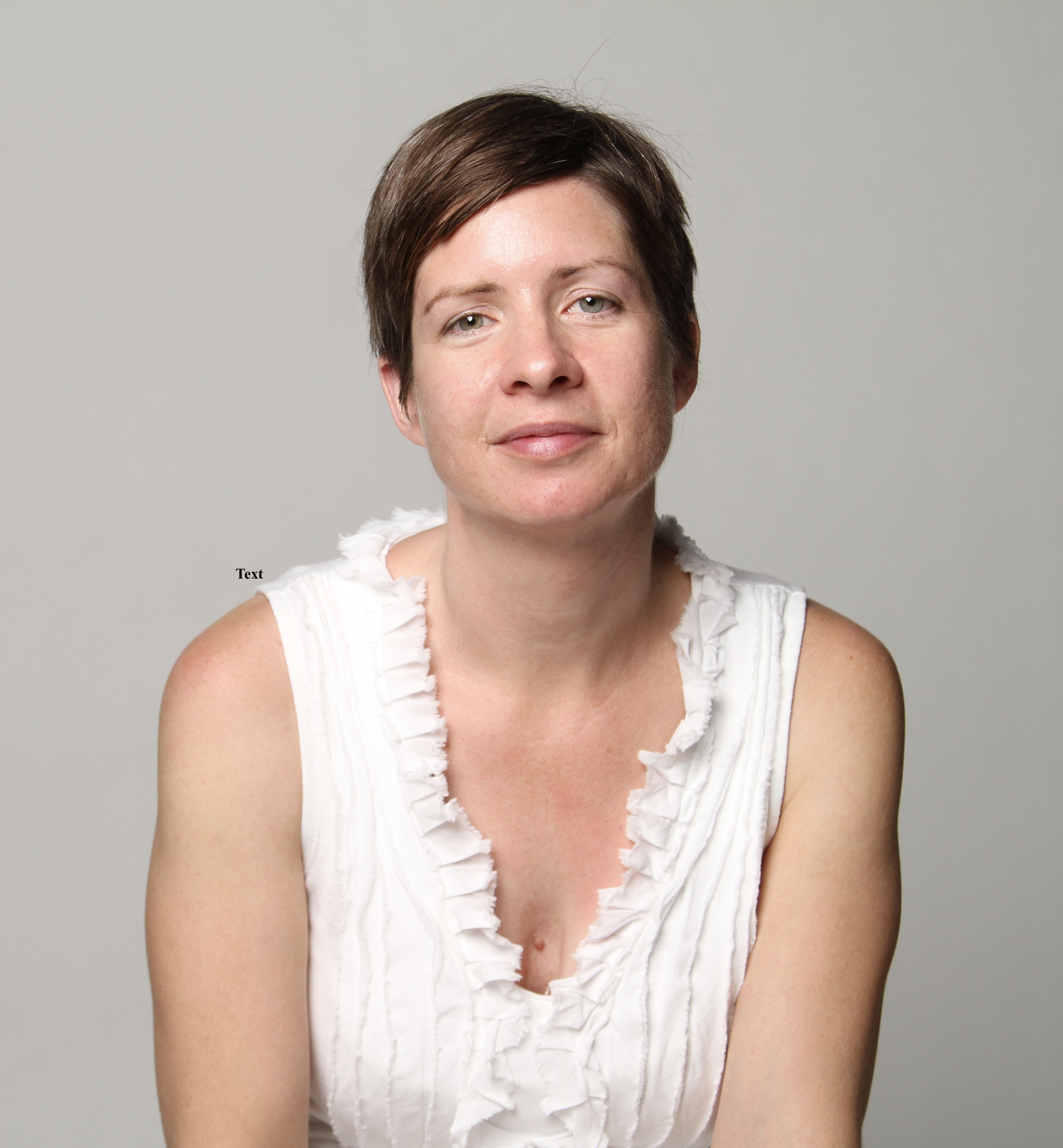 Rev. Jennifer Gutierrez is an elder in the California Pacific Conference of the United Methodist Church, having served as pastor at St. John’s UMC in Watts, as the Director of Justice and Compassion ministries for the conference, as Director of Urban Ministry for the conference, and as pastor of Pico Union Shalom Ministry, a Spanish-speaking mission church near downtown Los Angeles. Throughout her ministry, Jennifer has helped begin a number of new initiatives, including the Cal-Pac Neighborhood Immigration Clinics and the Cal-Pac Shalom Cohort. She is currently serving as the Executive Director of the Museum of Social Justice, which features exhibits on a variety of topics affecting the most marginalized communities in Los Angeles. Jennifer lives in East Los Angeles with her generous husband, three talented children, and two beautiful dogs.

Griselda Mariscal has over 25 years in the labor movement and currently works in the Organizational Development Department with United Healthcare West, SEIU-UHW.  The daughter of Mexican immigrants and a native of Los Angeles, Griselda's activism began in 1994 against California's Proposition 187. Upon graduation from Occidental College, Griselda joined with the Culinary Union, HERE in Las Vegas, Nevada and then HERE, Local 11 in the fight to give a voice to hotel and restaurant employees in Santa Monica, CA. As part of the “Living Wage” movement, she collaborated with community organizations, including CLUE. Griselda subsequently joined the American Federation of Labor, Western Region, AFL CIO, where she continued to fight alongside hotel workers, airline customer service representatives, and immigrant workers in California, Arizona and Nevada. She has spent the last 16 years in the fight for healthcare justice and quality patient care. She worked first with the United American Nurses' Union, where she ran organizing campaigns for nurses in Michigan, Minnesota and Kentucky. For the last decade she has been with SEIU, fighting alongside healthcare professionals in Nevada and California. It is her deep belief that working people have real power when they act collectively, and that their collective power is enhanced through coordinated efforts with community groups, such as CLUE. Griselda has faith in a God of justice and dignity, and for those ideals she has worked and has even been arrested several times in acts of civil disobedience. Griselda is a mother of two powerful, beautiful girls of 5 and 7 years.

Reverend Melissa McCarthy serves as canon to the ordinary in the six-county Diocese of Los Angeles. Born and raised in Bakersfield, McCarthy is a 1998 graduate of the University of California, Riverside, with a bachelor of arts degree in religious studies. She has worked professionally in the performing arts, including teaching, performing, and arts administration. She has served on the boards of Canterbury USC and Camp Stevens, where she works as a chaplain each summer. In addition, McCarthy has been a facilitator and mentor for the newly ordained in this diocese for the last seven years.

Bishop Mary Ann Swenson began her career serving Methodist churches across the country as youth minister, associate pastor and pastor. She also held a variety of leadership roles within both the church and her local communities. Bishop Swenson was elected to the episcopacy by the Western Jurisdictional Conference in 1992 and assigned to the Denver Area. In 2000, she moved to the California-Pacific Annual Conference and served there until her retirement.

Ali Tweini is a revenue analyst for the UCLA Health System, a position he has held since 2011. Before that, he was a vice-president in the board of directors at Cedars-Sinai Federal Credit Union. He has long been active in the fight for workers rights and currently serves as Political Coordinator of the International Brotherhood of Teamsters Local 2010. He is also a member of the Teamsters 2010 Executive Board. He is committed to fighting for workers' place at the decision-making table.