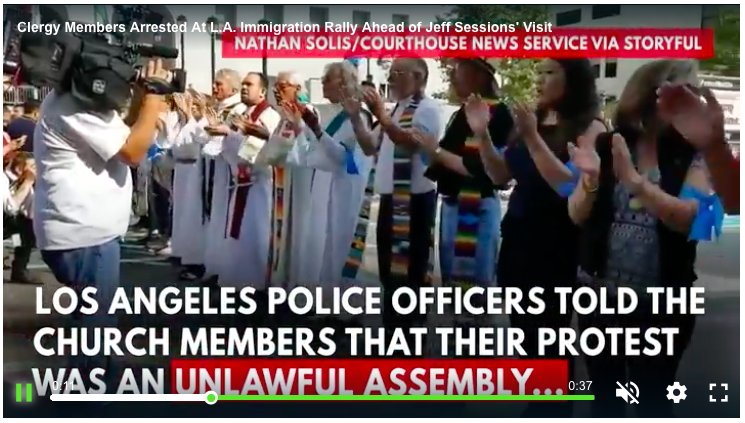 Multiple clergy members were arrested during a rally outside a federal courthouse building in Los Angeles Tuesday morning, ahead of a visit by Attorney General Jeff Sessions.

Crowds shouted, “Shame on you!” as several clergy members who were blocking the street outside the U.S. attorney’s office in downtown L.A. were arrested and loaded into the back of police vans.