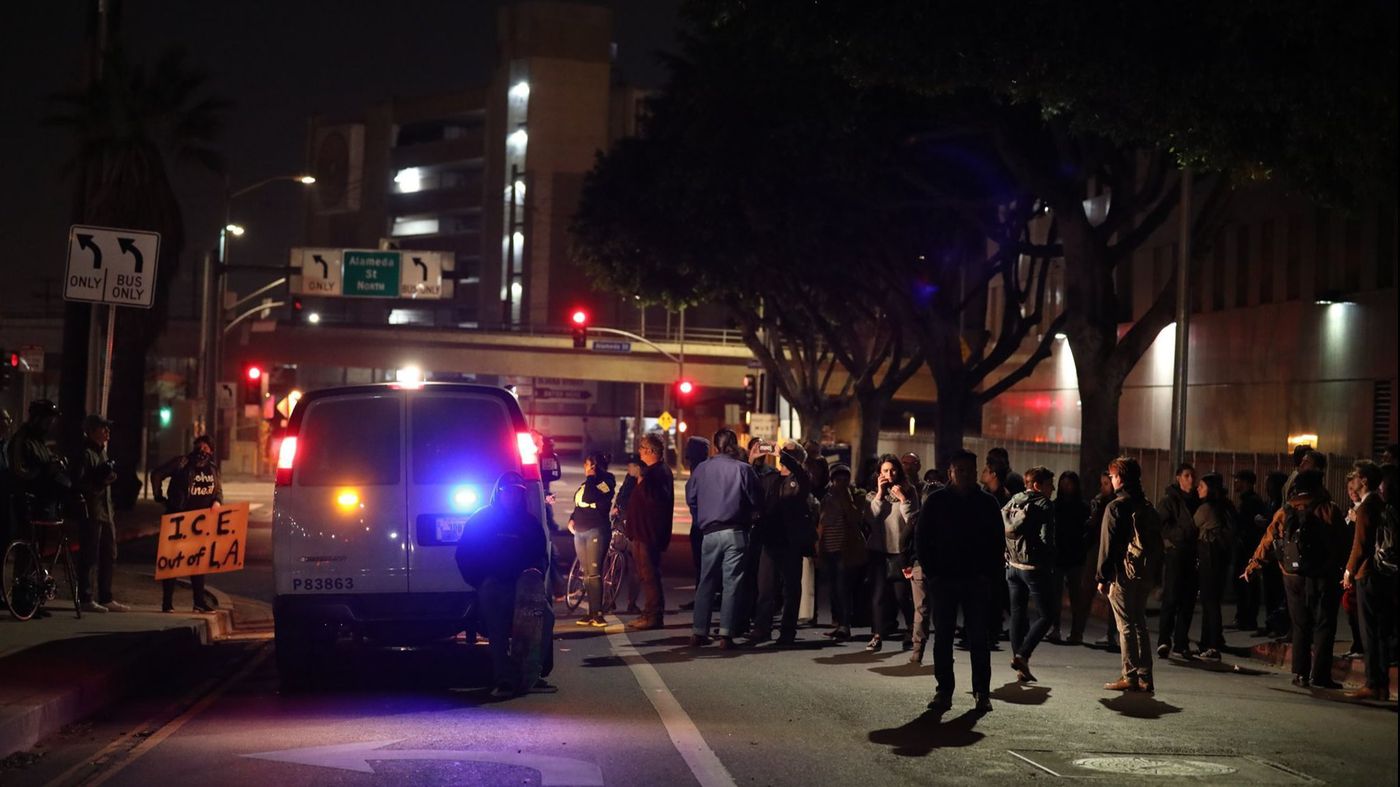 Video footage showed dozens of people standing in the street, in front of a marked van, chanting, "Drive out ICE!" and "Stop the deportations!" Some held signs.