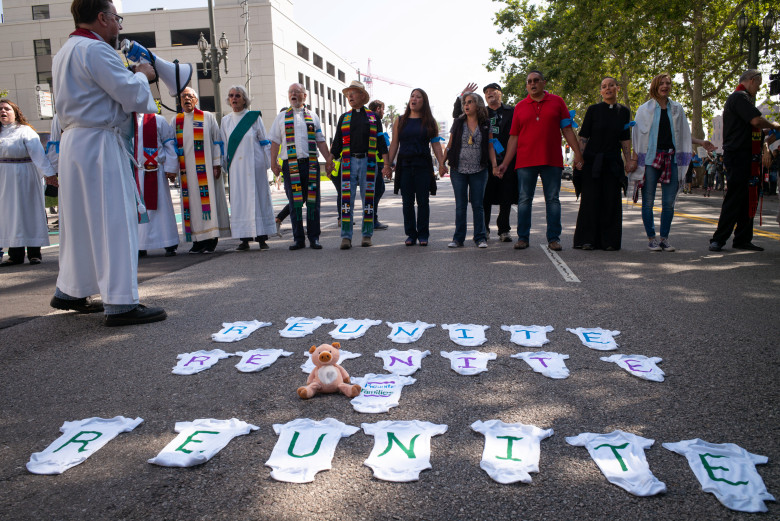 Clergy gather on Spring Street in front of the Federal Courthouse in Los Angeles to protest against Attorney General Jeff Sessions and the Trump administration’s policies in advance of his noontime address at the Criminal Justice Foundation’s annual luncheon meeting in Los Angeles. (Photo by David Crane, Daily News/SCNG)

LOS ANGELES — U.S. Attorney General Jeff Sessions blasted what he called the “open border crowd” in comments delivered Tuesday in downtown Los Angeles, citing Democratic immigration policies that have allowed over one million undocumented immigrants to remain free of prosecution in the Southland.

With a crowd of protesters gathered outside the hotel, Sessions told the conservative advocacy group that in the United States, “we have the most generous immigration laws in the world,” but when they are enforced, “we get attacked in the media by the so-called elites and their special interests.”